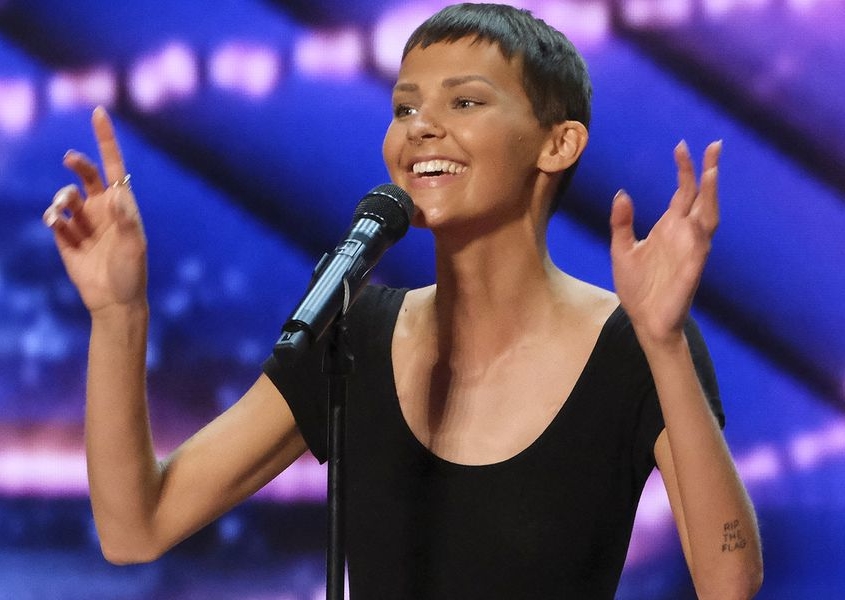 On the 8th of June 2021, Jane “Nightbirde” Marczewski became an overnight global sensation when Simon Cowell struck the golden buzzer after her breath-taking performance on America’s Got Talent. But it wasn’t just her beautiful voice or the depth of her lyrics that stole hearts. There are millions of others with the same talents. What made her stand out and pull heart strings around the globe was her remarkable attitude in the face of extreme adversity.

At just 30 years young, Jane has survived divorce in the midst of kicking cancer to the curb, three times. In June 2020 Jane was given 6 months left to live. She told the camera’s: “I have a 2% chance of survival but 2% is not 0%. 2% is something and I wish people knew how amazing it is.”

This post is dedicated to Nightbirde – a woman who embodies the reasons why I created The Shine Blog. In her honour, I have captured 9 life lessons from this resilient and remarkable woman in the hope that her courage and determination inspires you too.

1.) Life Is Both Hard And Beautiful

Nightbirde told CNN’s Chris Cuomo that her message resonated with people around the world because “People are really afraid to be happy because life can be really really hard and there are a lot of reasons to be afraid. BUT there are also a lot of reasons to be thankful. My journey has taught me that we don’t have to pick one. We don’t have to pick that life is hard or life is beautiful. Life is beautiful and hard at the same time. That’s when we are fully alive: when we hold both.”

2.) You Are More Than The Bad Things That Happen To You

An article about Nightbirde in the Metro reveals that Jane was initially reluctant to reveal her cancer story. She did not want to be a sob story. She wanted to get through on her raw talent. The shorter version of her audition does not show the extent the judges had to probe before she revealed her cancer story and even then, she immediately spoke up by saying:

“It’s important that people know that I am so much more than the bad things that happen to me.”

Bad things are going to happen to us but we don’t need to let them define us or change the trajectory of our story. People are inspired more by those who seek out the light from a space of darkness, especially when most others would be inclined to give up.

Howie Mandell commented after Jane’s audition that what stuck him first was her authenticity.

CNN’s Chris Cuomo had another name for her authenticity – he called it truth. He started the interview saying: “When you mix talent and truth, sometimes you get magic.” And he finished the interview stating: “Your voice carries truth that shows people can persevere and there is such beauty in that.”

Whatever your story, own it. Speak your truth, even if your voice shakes. It’s your unique story and yours to tell.

Jane told CNN: “The key is not to deny the pain of today but also not to deny the help of the future. Both are real. Take it minute by minute. Life doesn’t get any easier. You got to believe in impossible things.”

Later in the interview she emphasized these similar words of advice: “If something so impossibly catastrophic and unimaginably awful can happen then doesn’t it mean that something impossibly beautiful and impossibly redemptive can happen too?”

Jane’s song: “It’s okay” hit number 1 on iTunes. The overnight success took her by surprise. However she hasn’t yet been given the cancer all clear. Her singing dreams are coming true, but her body isn’t completely healed yet. When Simon Cowell asked how her health was doing she answered: “The last time I checked, the cancer was still in my lungs, spine and liver.”

Hold onto hope. Believe that impossible things can happen for you even when the odds are stacked heavily against you. Our God is a God of miracles and even if her health doesn’t completely return, she told the Metro that her greatest miracle, after all she has been through, is that she is not bitter or angry, but grateful.

Howie Mandell, judge on America’s Got Talent, asked Jane after she revealed cancer was still in her body: “So you are not okay?”

I just loved her response as she said: “Well not in every way, no.”

None of us are okay in every area of our lives all the time. We cannot possibly juggle all the balls of life successfully all the time. We are bound to drop a few balls every now and then. And that’s okay. It’s okay to be lost.

We have all had stages in life when we lost our way. I know I most certainly have. Sometimes we feel a little lost and other times we feel completely lost. But losing your way temporarily  doesn’t mean that you will be lost forever. And when we are lost, it’s empowering to be reminded that even in the darkest days, there are still things to be grateful for.

“There is a voice that says – good things don’t last….” Jane told CNN “….. but I say that it doesn’t matter what happens tomorrow. Today I am here and I am alive.”

In the midst of beauty, the enemy will often try rob you of experiencing your full joy and the peace today. Resist his prowling techniques and throw yourself into the full extent of your current magnificent reality.

Nightbirde also reminded the judges: “You can’t wait until life isn’t hard anymore before you decide to be happy.”

Be happy today. Now. Good times don’t last. But neither do the bad times. The secret to living fully is to appreciate the good and endure the bad. After all, if we never had winter, would we appreciate the warmth of summer?

“What would you say to others who feel they don’t have the same strength you have to overcome?” an emotional Cuomo asked Jane on their interview.

“Ah,” smiled Jane, “I am not special. I am not stronger than anyone else. I just have the audacity to keep going in the face of reasons why I should not.”

My friend, whatever you are facing. DO NOT GIVE UP! I don’t care how bad the odds are. Keep going.

One of the things that hit home the most about Nightbirde is that she is so clear on her why. She knows her purpose. She wants to sing. She wants to sing so badly that she will enter herself on a global platform like America’s got Talent even though she has been given a 2% chance of survival.

German philosopher Friedrich Nietzche said: “A person who has a why to live for, can endure almost any how.” In other words a person who has found a purpose in life can overcome any obstacle in their path.

9.) Bad Things Can Work Out For The Good

Jane mused to the Metro: “I am grateful for the impact my story has had because I wouldn’t be here at this point without what I have experienced. Maybe there would have been another way for me to reach many people but it would never be what this is. Possibly it wouldn’t have meant as much, and my song would never hit as hard, had it not been coming from someone who really has been lost. So, in the end, it’s all worked out for good.’

There is a bible verse that reminds me of her words. Romans 8:28 says: “…..All things work together for good to those who love God….” In other words, God will use your pain for good. As much as it hurts now, one day, it’s all going to work out better than you could ever have imagined. Who knows, your story now could one day become someone else’s survival guide.

What a remarkable attitude to life. For someone who never watches television, I can guarantee you that I will be supporting this courageous woman in the finals all the way from Africa!

Jane, sing your massive heart out! Us Africans are behind you all the way!

Print Interview with Metro UK – Not a Sob Story

We Are Not All We Wish We Were, But We Are Here 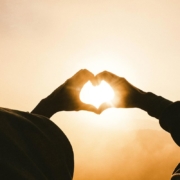 Will You Rise In Love or Sink In Fear
0 replies

You Are More Than Enough Exactly As You Are

Do Good Things Really Come To Those That Wait?
Scroll to top