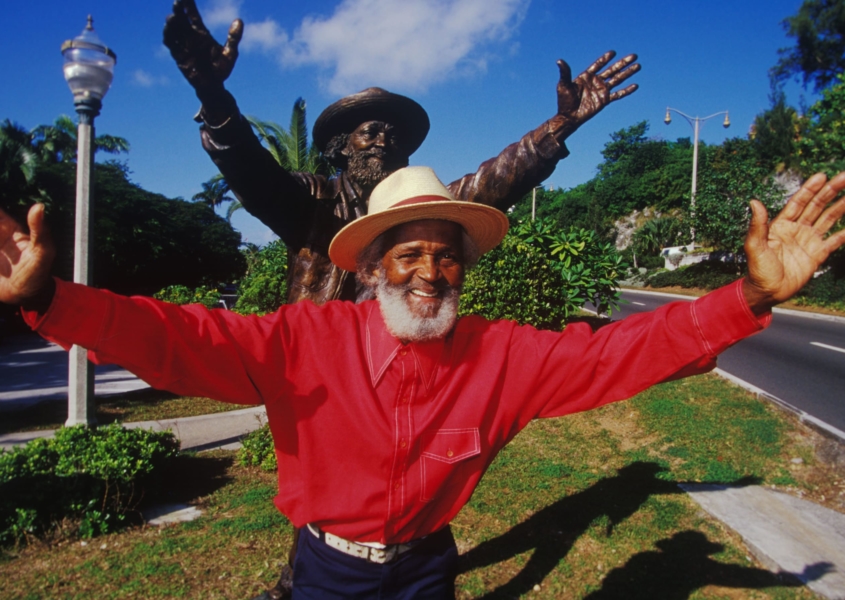 If there is one blog post of mine that you read, allow it to be this one. This story will fill your heart with joy. It’s a story of infectious positivity and the massive impact it can have on those around you.

I first read about this beautiful soul in Max Lucado’s book and when I researched it further, I was blown away at the heart of this man. I have captured the story below to share my delight with you.

My hope is that it encourages you to be aware of your impact and that it inspires you to bring more positivity to the world at a time that it’s absolutely needed.

Max Lucado starts his book “How Happiness Happens” with this story:

“It’s 6:00am in Hamilton, Bermuda. Ninety-two-year-old Johnny Barnes stands on the edge of a roundabout and waves at people as they drive past. He’s been here since 4:00am. He’ll be here until 10:00am. He’s not asking for money or begging for food. He’s not protesting, complaining, picketing, or loitering.

He wears a straw hat and a salty beard. His eyes are bright, teeth white, and skin leathery and dark. The years have bent his back and slowed his step. But they haven’t siphoned his joy. He waves with both hands extended in front of him. His wrists turn from side to side as if he were adjusting the volume on a soundboard.

He pulls back his right hand to retrieve a kiss and blow it in the direction of a taxi driver or commuter.

And they love him! Bermudans call him Mr. Happy Man. They route their morning commute to see him. If Johnny’s not standing in his spot, people call the radio station to check on him. If he happens to miss acknowledging some commuters, they often circle the roundabout until he waves at them. One morning a cranky woman was determined not to make eye contact with him. She wanted to wallow in her bad mood. But she ended up looking his way. When he smiled, she smiled.

Another sour attitude bit the dust.

Johnny’s philosophy is simple. “We human beings gotta learn how to love one another. One of the greatest joys that can come to an individual is when you are doing something and helping others.”

Wouldn’t you love to meet a person like him?

The Contagious Life of Johnny Barnes

This story moved my heart as it perfectly captures my greatest passion: being positively contagious. So I did a little more digging and found out more about Johnny.

He was an electrician by trade and worked on the Bermuda Railroad until the railroad closed in 1948. He then became a bus driver. Barnes was fond of waving to people while driving the bus, and would occasionally sit and wave to people on his breaks or when coming to work. (2)

One day in approximately 1986, Barnes, aged 63, stopped at the Crow Lane roundabout and took up waving to traffic. He was there almost every day until his “retirement” in December 2015 when he 92 years young.  6 months later he left for heavens shores. For 30 years of his life he spread love and positivity. INCREDIBLE! Talk about a man with a serious purpose!

In the 2011 documentary made about him called “Mr Happy Man”, Johnny said that he would sometimes wake as early as 2:45am to get to his post on time to greet people on their way to work. He was there every Monday to Friday no matter what the weather! Local radio stations reported receiving frantic calls when Barnes was not at his unofficial post. Johnny says “Life is sweet, life is beautiful, it is sweet to be alive. Enjoy the sunshine, the flowers, the birds – they’re happy. We human beings got to learn how to love one another… then there wouldn’t be any wars, there wouldn’t be any killing. People need to know that love is important.” (3)

Barnes was married in 1949 (aged 26) and lived with his wife until his death. Johnny’s wife had a cheery disposition because he had “covered her with honey” since they were married. They had no children.

Barnes credits his mother for teaching him goodwill and kindness to strangers, including ‘speaking to everyone you see, because you never know when you might need them.

Barnes wanted to leave the world a better place. After his death his wife read out his final message: “My mind and heart would have liked to continue at the roundabout forever, sharing love, cheerfulness, happy wishes and prayers with each of you. However, our loving Heavenly Father knows best, so He said, ‘Johnny, it is time for you to rest.” (4)

Such was Johnny’s impact that in 1998 a group of local businessmen unveiled a life-size bronze statue of Barnes blowing kisses in the air. The statue is located on Crow Lane just up from the roundabout and today, even after his death, his story continues to inspire and make people happy.

Click on this link to watch the Documentary Mr Happy Man. You will simply love it.

What Can We Learn From Johnny?

What a man! What a legacy. Imagine if we all had the heart to serve and love one another like Johnny? Imagine if we changed our mindsets from what’s in it for me to how can I make someone’s day brighter? What would the world look like if each of us asked: “How can I serve the world and make people smile today?”

Today I challenge you to be aware of the impact that you are having on others. Is it positive, neutral or negative? Being aware of your behavior is the first step towards bringing about a significant shift.

Start with an awareness of your impact in your home. If it’s not positive, then start today by making the change and if you have the energy, I dare you to spread your positive influence wider.

The world is in desperate need of your shine. Start today! 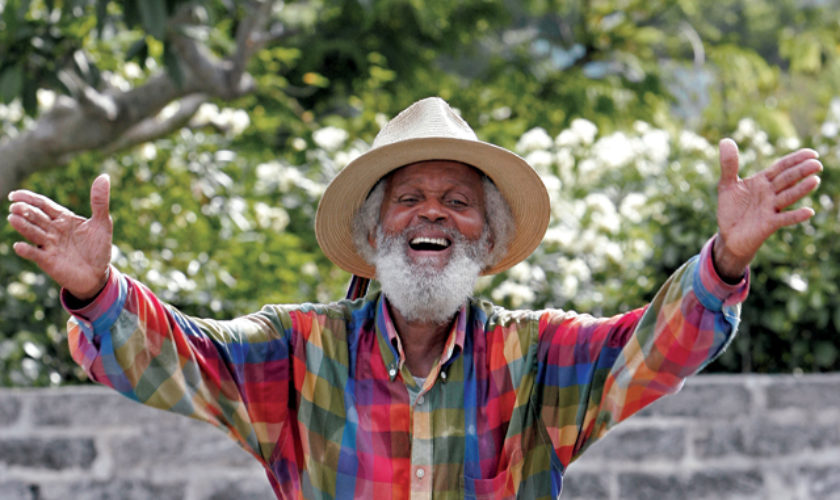 When Burdens Seem Too Heavy To Bear

Considering Giving Up Your Dreams? DO NOT QUIT!
Scroll to top